Back to Spirit Index

Chapter 8: THE SCIENCE OF MAN
Secrets of Prayer and Healing

Through their writings we know that the ancient Essenes believed that we commune with our world through our perceptions and senses. Every thought, feeling, emotion, breath, nutrient, or movement, or combination of any of these, was considered to be an expression of prayer. From the Essene perspective, as we sense, perceive, and express ourselves throughout our day, we are in constant prayer.

Through the poetic grace and powerful metaphors of their time, Essene texts remind us that our body, heart (feelings), and mind work together in much the same way as a chariot, horse, and driver.4 Though considered independently, the three work hand in hand to provide our experience of life. In this analogy, the chariot is our body and the driver is our mind. The horse represents the feelings of our heart, the power that carries the horse and driver over the road of life. It is through the strength of our physical body, the wisdom of our heart's experience, and the purity of our intentions that we determine our quality of life.

If prayer is, in fact, the forgotten language through which we choose the outcomes and possibilities of life, in a very real sense each moment may be considered as a prayer. In each moment of our waking and sleeping lives, we are continuously thinking, feeling, and emoting, contributing to the outcome of our world. The key is that sometimes our contributions are direct and intentional, while at other times we may be participating indirectly, without even knowing of our contribution.

Experience of the latter type may best be described by those who feel that life "just happens" to them. People having this experience often sense that they are 'bystanders" simply observing the processes of life happening around them to their friends, family, and loved ones - even to the earth itself. Feelings of this experience range from the awe and wonder of the birth of a new baby to a sense of helplessness at the tragic loss of life in times of war or natural disaster. Watching the horrors of refugees driven from their homes in the Kosovo crisis of 1999, or the outrage of mass killings in a public school, are examples of such moments of feeling helpless.

Recently translated texts, some of them over two thousand years old, offer another way to participate actively, to "do something" during such experiences of life. Recognizing the effectiveness of prayer's silent power, the ancients describe a form of prayer known today as active prayer. As these components of prayer are merged into one, we are offered a bridge into the language of creation. Through this bridge we may choose the outcome of a given situation from a series of possibilities. Five hundred years before the birth of Jesus, the Essene masters invited us to focus the power of prayer's individual elements - thought, feeling, and emotion, experienced as our heart, mind, and body - into a single focused outcome. The key to such mastery is echoed in a single passage: "The paths are seven through the Infinite Garden, and each must be traversed by the body, the heart and the mind as one. . . .".5 It is this unified force of heavens language, spoken through our bodies, that imbues life into our prayers and assures us that 'whosoever shall say unto this mountain, be thou removed, and be thou cast into the sea ... that those things which he saith shall come to pass. . . .'6

Consider the effects of prayer through a simple model. Over fifty years ago, in 1947, Dr. Hans Jenny (pronounced 'Yen-knee") developed a new science to explore the relationship between vibration and form.7 Through well-documented studies, Dr. Jenny demonstrated that vibration produced geometry. In other words, by creating vibration in a material that we can see, the pattern of the vibration becomes visible in that medium. When we change the vibration, we change the pattern. When we return to the original vibration, the original pattern reappears. Through experiments conducted in a variety of substances, Dr. Jenny produced an amazing variety of geometric patterns, ranging from very complex to very simple, in such materials as water, oil, and graphite and sulfur powder. Each pattern was simply the visible form of an invisible force.

The significance of these tests is that Dr. jenny proved, beyond any doubt, that vibration causes a predictable pattern in the substance that it is projected into. Thought, feeling, and emotion are vibration. Just like the vibrations in Dr. Jenny's experiments, the vibrations of thought, feeling, and emotion create a disturbance in the "stuff" that they are projected into. Rather than water, sulfur, and graphite, we project our vibrations into the refined substance of consciousness. Each has an effect.

In chapter 4 we discussed the science that suggests that our future may already exist as one of many "possibilities," dormant in the soup of creation. As we make new choices in our lives each day, we awaken new possibilities, and fine-tune the eventual outcome. This view implies that each time we ask for something in prayer, a possibility exists where our prayer is already answered. If this view of our world is correct, then in the garage menagerie of my childhood, for example, each shattered beak, torn limb, and broken bone was one possible outcome for that moment. In the same moment, another outcome existed where each animal in my care was already healed. Each outcome already existed. Each possibility was real.

The key to choosing one outcome from among many possible outcomes is our ability to feel as if our choice has already come to pass. From our previous definition of prayer as "feeling," then, stated another way, we are invited to find the quality of thought and emotion that produces such a feeling -- living as if our prayer had already been answered. For how may we benefit from the effect of our thought and emotion, if each pattern is moving in a random direction? If, on the other hand, the patterns of our prayer are focused into union, how can the "stuff' of creation fail to respond to our prayer? 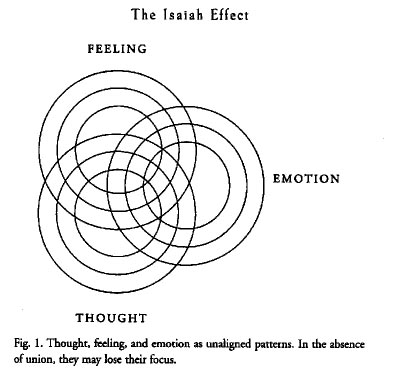 Fig. 1. Thought, feeling & and emotion as unaligned patterns. In the absence of union, they may lose their focus.

When thought, feeling, and emotion are not aligned, each may be considered as out of phase with the others. While there may be brief areas of overlap, much of the pattern is unfocused, working in different directions, independent of the rest of the pattern. The result is a scattering of energy.

For example, if our thought is "I choose the perfect mate in my life,' a pattern of energy is released that expresses that thought. Any feeling or emotion that is not in sync with our thought is incapable of empowering our choice of a perfect mate. If they are misaligned through feelings that we are not worthy of having such a perfect partner or emotions of fear, our patterns may actually hinder our choice from becoming our outcome. In this nonaligned state we may find ourselves asking why our affirmations and prayers have

Through these simple examples, it becomes clear why prayer brings about the greatest change when the elements of prayer are used and aligned with one another. 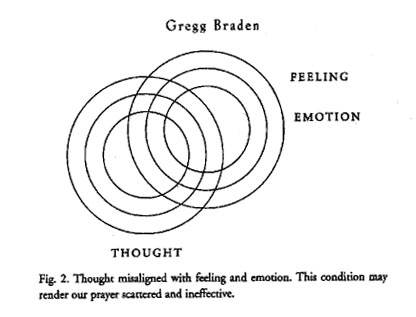 Fig. 2. Thought misaligned with feeling and emotion. This condition may render our prayer scattered and ineffective.

Without using the word prayer,and certainly in a less technical fashion, the idea of unifying thought, emotion, and feeling and living from the place of our heart's desire was offered early in this century using a very different language. Further affirming the use of our fifth mode of prayer, of assuming that our prayer has already happened, the work of Neville offers the following: "You Must abandon yourself mentally to your wish fulfilled in your love for that state, and in so doing, live in the new state and no more from the old state."8 Though effective, Neville's descriptions of our ability to change outcomes and choose new possibilities in our lives may have made little sense to the people of the early twentieth century. As with so many thinkers whose ideas are ahead of their time, little was known about Neville's work until after his death in 1972.

Understandings such as these allow us to view prayer as both a language and a philosophy bridging the worlds of science and spirit. Just as other philosophies are expressed through unique words and specialized vocabularies, prayer has a vocabulary of its own in the silent language of feeling. Sometimes an idea that makes perfect sense to us in one language has very little meaning in another language that we are not familiar with. Still, the language exists. 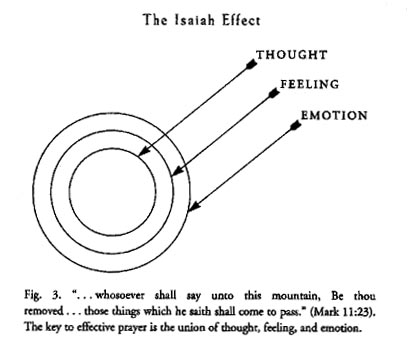 Fig. 3. whosoever shall say unto this mountain, Be thou removed ... those things which he saith shall come to pass." (Mark 11:23). The key to effective prayer is the union of thought, feeling, and emotion.

The philosophy of peace, for example, may be expressed through languages as diverse as physics and politics, as well as prayer. For example, the greatest peace in physics may be described as the absence of motion in a system. In such a language, when frequency, velocity, and wavelength reach zero, the system is at rest and we have peace. In politics, peace may be interpreted as the end of aggression or the absence of war. Our prayers may be thought of in much the same way.

Through the language of prayer, peace may actually be described as an equation, bringing prayer even closer to our science that many have dared to believe. Rather than the equations of numbers and variables, however, logic, feeling, and emotion become the components in our equation of prayer. Taking the form of a standard mathematical proof - ifsuch-and-such is so, then we witness such-and-such an outcome - our equation of active prayer may be seen as follows:

If
thought = emotion = feeling,
then
our world mirrors the effect of our prayer.

In the presence of this union, the forces of our inner technology may be focused and applied to our outer world. As we align the components of prayer, we find ourselves speaking the silent language of creation - the language that moves the mountain, ends the wars, and dissolves the tumors.

The beauty of prayer is that it is not necessary to know precisely how it works to benefit from its miraculous effects. In this universal technology, we are simply invited to experience, feel, and acknowledge what our feelings are saying to us. Our prayers come to life as we focus upon the feeling of our heart's desire, rather than the thought of our knowing world.


Return to Start of Excerpt
Back to Spirit Index